Today on Museum Bites we’re embarking on a whirlwind tour of Northern Italy. Over the next few weeks, we’ll soar high above the Duomo in Siena, meander through marble-filled museums in Firenze, zip through Rome on a Vespa, and pick through some decorative bones along the way. We begin this first of a four-part series with some Uffizi favorites.

The Gallerie del Uffizi is located along the banks of the Arno River in the heart of Firenze (aka Florence). Originally built to hold the powerful Medici family’s art, the Uffizi was expanded to include a vast collection of sculptures and paintings. Join me for a peek at some of these exquisite works. We begin with mythical badass, Medusa…

Bad Hair Day:  Medusa is the Marcia Brady of the Gorgon sisters (including Stheno and Euryale) and is known for her snake-infested hair, killer looks, and twist of fate defeat by Perseus. Using his shiny shield, the Greek hero flashed Medusa’s reflection back at her causing the famous monster to turn herself into stone. Perseus then used Medusa’s severed head to rescue Princess Andromeda and subsequently regifted the gruesome pate to the goddess Athena. 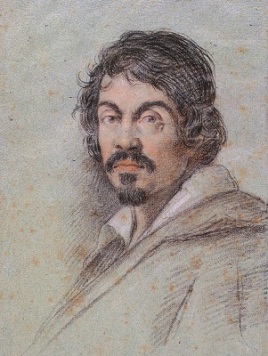 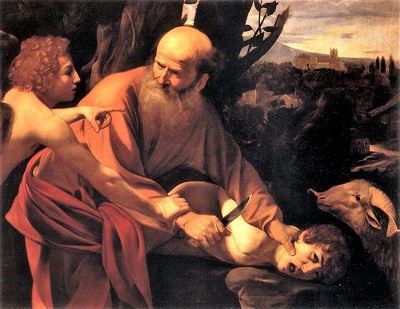 The Sacrifice of Isaac (c1603) by Caravaggio, Uffizi, Wikimedia Commons

Inspired by this Greek myth, Michelangelo Merisi Caravaggio (1571-1610) captured Medusa’s death scream on canvas. He then attached the image to a wooden shield so the bearer could emulate the mighty Perseus. Known for his fiery temper and penchant for brawling, Caravaggio’s art often mirrored his turbulent life. He killed a longtime enemy in a bloody duel with swords and had to live on the lam for several years. Caravaggio managed to paint some of his best work while on the run. If you’d like to learn more about his life and art, click on this Caravaggio link courtesy of The Art Story.

Tenderfoot:  Our next Uffizi favorite, Spinario (aka Boy with Thorn) dates back to the first century BCE. Crafted primarily from Greek marble with Carrara marble additions, Spinario is refreshingly true-to-life compared to the aloof and regal poses of the majority of ancient sculptures. According to Uffizi experts, the wince-inducing thorn was most likely caused by the boy walking over grape vines during harvest.

Multiple versions of the Spinario motif exist, with the oldest dating back to the third century BCE Greece. The Roman version pictured here was tweaked to portray the image of an adolescent Ascanius, the forefather of the Julius and Augustus Caesar dynasty.

Surf’s Up:  Our final and perhaps most famous Uffizi favorite is Birth of Venus (c1485) by Alessandro Botticelli (1445-1510). This colorful, wall-sized painting depicts a newly born Venus surfing to the shores of Cyprus on a giant clamshell. Wrapped in the arms of his wife, Chloris, Zephyr, the god of the west wind provides a steady breeze to help the goddess make land. The Hora of Spring eagerly awaits Venus’s arrival with flora cloak in hand.

A true Roman goddess, Venus is the epitome of beauty and love. However, Venus has no myths of her own, and thus she was eventually merged with the Greek goddess, Aphrodite.

Sandro Botticelli was a darling of the Medici clan, and his Birth of Venus is lauded as an iconic Renaissance portrait. This painting is unusual in that features a nude who is both sensual and pagan. Nudes were not uncommon during this time period, but they were typically biblical figures depicted in scenes of shame, such as Adam and Eve being cast out of the Garden of Eden. If you’d like to learn more about the Birth of Venus as well as Sandro Botticelli’s life and work, click on this Sandro Botticelli link courtesy of The Art Story.

That concludes our look at Uffizi favorites. Next week we’ll tour Siena’s breathtaking Gothic Cathedral. Until then have a fantastic week!

Cover photo: Zephyr and Chloris as depicted in the Birth of Venus (c1485) by Sandro Botticelli, Le Gallerie degli Uffizi. Photo by cjverb (2019).