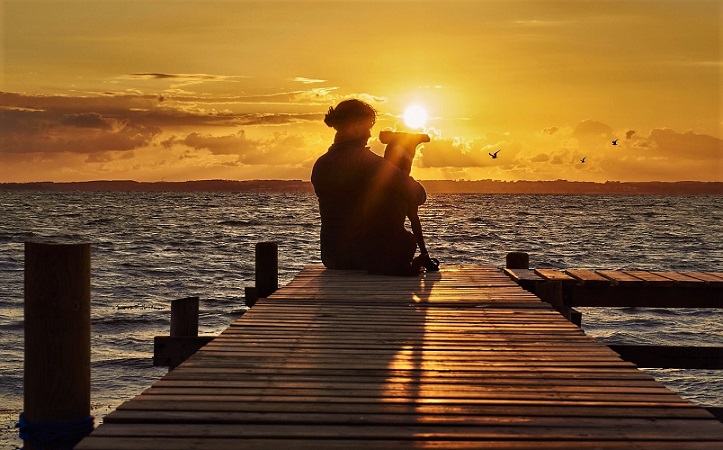 Today on Museum Quick Bites we’re celebrating our furry friends with a look at Bartolomeo Passarotti’s, Portrait of a Man with a Dog (c1585-1592) on display at Musei Capitolini in Rome, Italy. Zoom in and notice Passarotti’s attention to detail. From the dog’s wispy fur, snuffley nose, and beseeching gaze to the man’s curlicue ruff, swanky buttons, and the embroidery on his puffy shirt. Passarotti’s painting captures the sweet, unconditional love we share with our pets.

Bartolomeo Passarotti (1529-1592) lived and worked in Bologna, but for a brief time, he studied in Rome with the painter Taddeo Zuccaro (1529-1566). A popular portraitist, draftsman, and engraver, Passarotti ran a prosperous workshop and was sought after by Italy’s rich and famous. 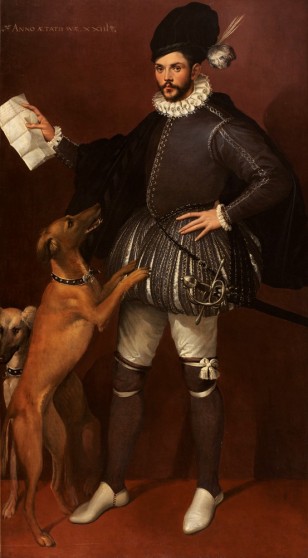 Portrait of a Cavalier with his Hunting Dogs (c1570-1580) by Bartolomeo Passerotti, Rhode Island School of Design Museum, Wikimedia Commons

Passarotti’s fondness for dogs is clear from his collection since many of his paintings include a playful pup or two. Because his surname closely resembles passerotto, the Italian word for sparrow, Passarotti periodically included the little bird in his paintings and signature. 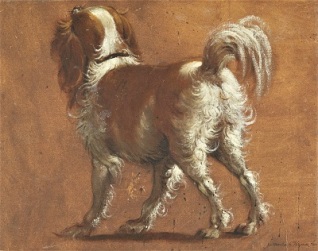 A Spaniel (after Paolo Veronese; c1580s) by Bartolomeo Passarotti, National Galleries of Scotland

In addition to portraiture, Passarotti was also known for his religious and genre paintings. If you’d like to see more of his art, click on this Bartolomeo Passarotti link, courtesy of Google Arts & Culture. 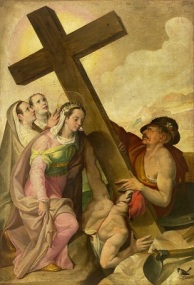 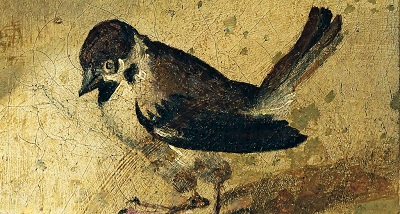 Fun Arty Fact:  Bartolomeo Passarotti was an antiquer. He opened a small museum in Bologna for the sole purpose of displaying his collection. Many of the treasures were acquired by Passarotti when he lived in Rome.

That concludes our look at Bartolomeo Passarotti’s Portrait of a Man with a Dog. Next week I’ll be back with more Museum Quick Bites. In the meantime, be safe, be kind, and take care!

Art Institute of Chicago: Ideal Bust of a Woman by Barotolomeo Passarotti