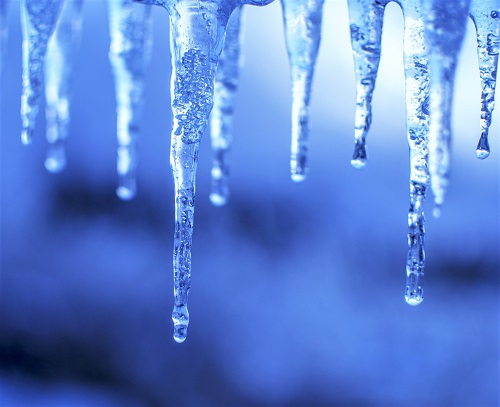 Break out your snow boots because today on Museum Bites we’re embracing the cold and taking a quick tour through the Ice Age. Join me for a closer look at three lesser-known beasties who flourished during this chilly era of our history. We begin with a misnomer…

Fun Icy Fact: The Ice Age movies featured popular animals of the Pleistocene (aka Ice Age, 2.6 million to 11,700 years ago) such as wooly mammoths, giant sloths and saber-tooth cats. But did you know acorn-obsessed Scrat was fictional? Scientists, however, recently discovered the fossilized remains of a saber-tooth squirrel (think: large, curved fangs) that has an uncanny resemblance to our beloved Scrat. Cronopio dentiacutus was discovered in Argentina and lived ~94 million years ago during the Cretaceous Period (135,000,000 to 65,000,000 million years ago), long before the Ice Age. Click on this Science Magazine link for more info and an artist’s rendition of this wee but fearsome creature.

Mega Misnomer:  Our first Ice Age beastie is the Irish elk (aka megaloceros giganteus), who was neither exclusively Irish nor an elk. This impressive creature acquired its misnomer because many well intact fossils were recovered in Irish lakes and bogs. Scientific tests and the discovery of more fossils indicate megaloceros was a member of the deer family that roamed throughout Northern Eurasia. Despite these findings, this swanky beast’s initial name stuck.

The Irish elk sported the largest antlers ever discovered on a deer, with a maximum width of 14 feet and weighing up to 72 lbs. Used for fighting and display, only males bore the heavy burden of this massive headgear, and they shed and re-grew the weighty bulk every year. It is unclear why the Irish elk became extinct, but this beastie lived beyond the Ice Age. The most recent fossils were discovered in Siberia and date back ~7,000 years.

Rock Chewer:  Our next Ice Age beastie is the moa, a flightless bird native to New Zealand. Of the nine identified species, moas ranged in size from the giant (12 feet and 500+ lbs.) to the wee turkey-size (4 feet and 20+ lbs.). They dined on fruit, grass, leaves, and seeds. Moas also had a penchant for gulping down rocks. Once ingested, these stones were stored in their gizzards. The combination of contracting gizzard and sharp stones helped grind up moa meals. This gives new meaning to the phrase, “eating like a bird.”

Like their modern-day relatives (i.e., ostriches, emus), moas were kickass runners and used their feet to fend off foes. Unfortunately, hunting and the loss of habitat, as a result of burning, caused their extinction. The largest members of the moa family were wiped out during the 17th century, while their wee cousins survived until the 19th century. If you’d like to get a taste for what it would be like to be chased by a moa, click on this Ostrich Chases Cyclists video link, courtesy of National Geographic.

Fun Appetizing Fact:  Even today, certain birds, reptiles, and mammals gulp down rocks to help with their digestion. When the gastroliths wear down, these animals upchuck the smooth pebbles, gobble down more sharp rocks, and the process repeats.

Mighty Mammal:  Our final Ice Age creatures are the mighty glyptodons. Tricked out in bony plating and in some cases, sporting tails with spikes and knobs, these armored mammals are most closely related to our modern-day armadillo. The largest glyptodons measured 10+ feet long and weighed more than a ton (think: Smart Car size) Their large, chewing teeth allowed for a wide and varied palette, including bugs, plants, and carrion (aka putrefied flesh).

Like a battalion of tanks, the mighty glyptodons chugged and battled their way throughout Patagonia up to the southern United States. Using their mace-like tails, they thwacked and bludgeoned their opponents. It is unclear why glyptodons became extinct, but they died out near the end of the Ice Age.

That concludes our brief look at beasties of the Ice Age. I’ll be back next week with more Museum Bites. Until then, have a fantastic week!

Dinosaur Encyclopedia: From Dinosaurs to the Dawn of Man (2001), Dorling Kindersley Book in association with the American Museum of Natural History