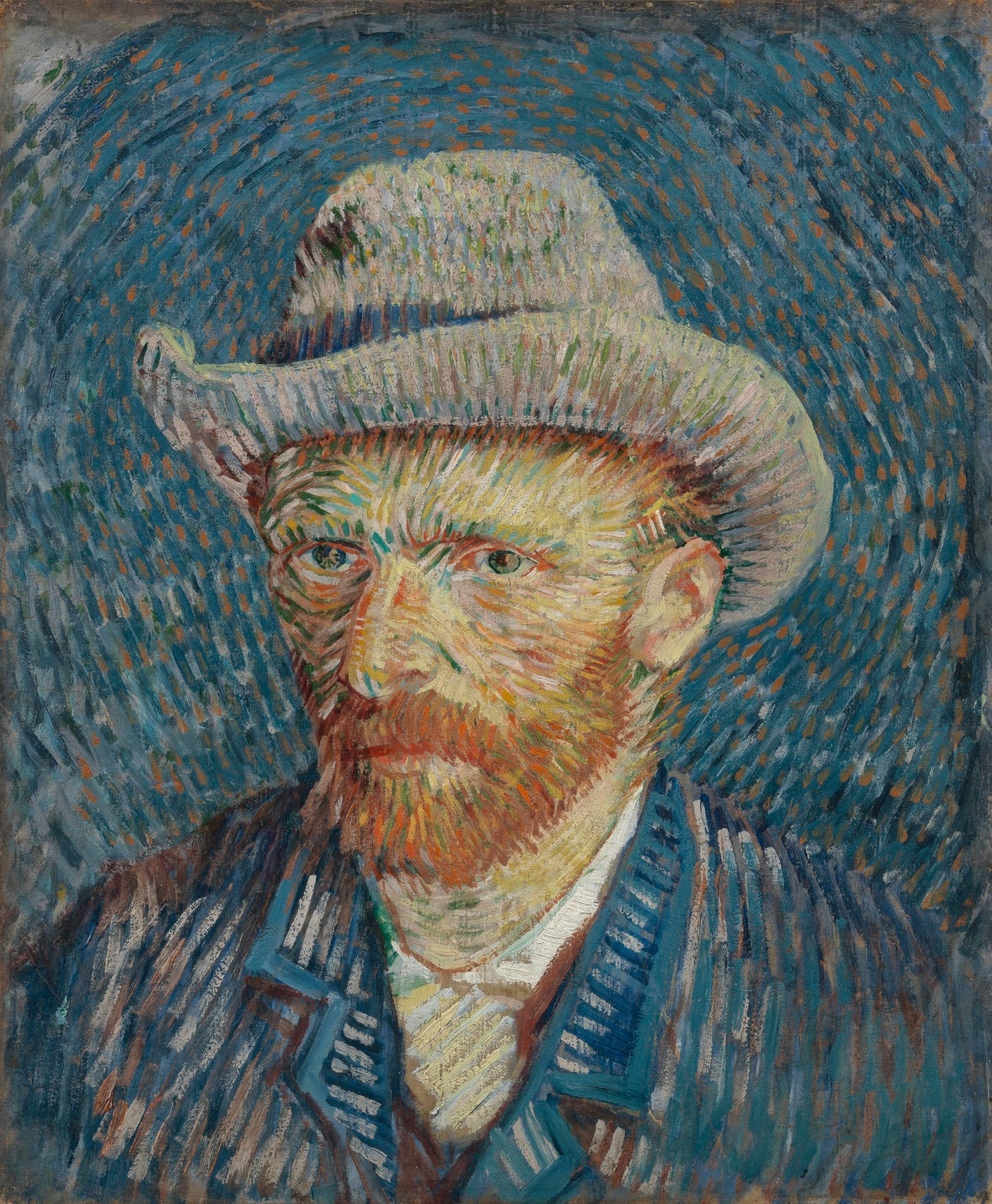 On this day in 1890 Dutch painter, Vincent van Gogh died from a self-inflicted gunshot wound.  He was 37 years old.  Vincent did not come to art easily.  In his teens, he dropped out of school and bounced around struggling to fit in.  He tried working as a clerk, teacher, bookseller and preacher, but it wasn’t until he was 27 that he turned to art.

Over the course of his life, Vincent created over 850 paintings and 1,300 drawings.  His early work features dark, gloomy peasants and landscapes, but after moving to Paris his style changed dramatically.  Influenced by the Impressionists, Vincent began to experiment with bright colors and a looser, freer style.

After two years in Paris, Vincent grew weary of city life.  He moved to Arles in the south of France and set up an artist colony.  Paul Gauguin became his first and unfortunately, last attendee.  Initially, the two men collaborated and influenced one another’s work, but they held dramatically different views on art.  These differences often led to fiery debates.  One argument took a scary turn when Vincent threatened Gauguin with a razor.  Later that evening, he turned the razor on himself and sliced off his ear.

Vincent remained in the hospital for several weeks.  After he was discharged, his physical and mental well-being continued to falter until finally, Vincent admitted himself to a psychiatric hospital.  During his stay, his mental health fluctuated.  When Vincent was lucid, he painted.  In fact, some of his most famous work was created during this time including: The Starry Night (1889), Irises (1890), and Almond Blossom (1890) to name a few. Despite this prolific phase, Vincent still suffered from bouts of erratic and dangerous behavior.  During one such attack, he swallowed some of his oil paints.  Eventually, Vincent left the psychiatric hospital and several months later, sadly ended his life.

He died broken and penniless, long before his art became celebrated around the world.  To get a taste of Vincent van Gogh’s dazzling work, click on the following link.  This short slide show is set to the poignant song, Vincent (1972) by Don Mclean, courtesy of the Van Gogh Gallery:  Vincent

Fraternal Fact:  Vincent van Gogh’s younger brother, Theo had a profound impact on his life.  Theo supported Vincent financially and encouraged him to become an artist.  He allowed Vincent to room with him in Paris and helped him start an artist colony by cajoling Paul Gauguin to attend.  Theo named his only son after Vincent.  He was also, the only family member to visit Vincent in the hospital and comfort him on his deathbed.  The two brothers are buried next to one another in Auvers-sur-Oise, France.

Can’t get enough of Vincent van Gogh?  Click on the following link to learn more about his life and his art:  Van Gogh Museum

One thought on “Vincent”