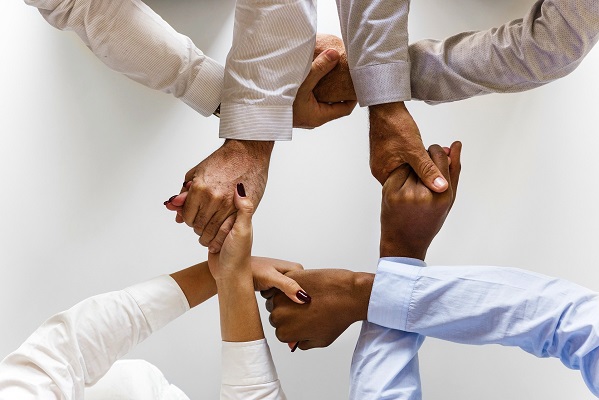 Today on Museum Bites we’re celebrating power couples. From a royal abduction to religious reformists these dynamic duos have inspired a cult, scandalized the church, and went so far as to start a war. Join me for a brief look at the lives and loves of three legendary couples. We begin by rolling back the clock to ancient Greece…

Beauty Contest:  Our first couple comes from ancient Greek lore. Legend has it Zeus gave the mortal prince, Paris, the sole honor of judging a beauty contest among goddesses Hera, Athena, and Aphrodite. Bribed by all three, Paris declares Aphrodite the winner because she promised him the most beautiful mortal woman in the world. In a post-victory glow, Aphrodite offers up Helen, Queen of Sparta, and Paris quickly whisks her back to his hometown of Troy. According to some accounts Helen is wooed and willing, while in others she is not.

Helen’s husband, Menelaus and his fellow Achaeans (aka Greeks) take issue with Paris’s brash abduction. They armor up and sail to Troy and for 10 years wage war with the Trojans. Helen remains with Paris, despite her contempt for the self-serving prince and her gut-wrenching guilt for the carnage caused by the war. Eventually, the Achaeans defeat the Trojans, thanks to their Trojan horse trick. Paris is killed in the conflict and Helen returns with Menelaus to Sparta. And they live happily ever after.

Johann Heinrich Wilhelm Tischbein’s (1751-1829) portraits of Paris and Helen are on display at the Art Institute of Chicago. Tischbein portrays an adoring Paris gazing at his love, while a gloomy Helen refuses to make eye contact. These portraits are recreations from a painting by Tischbein entitled, Hector Blames Paris for His Effeminacy and Warns Him to Go to Battle (1787). This larger work is based on a scene from the Iliad (c8th century BCE) by Homer, an epic poem about the Trojan War. If you’d like to learn more, click on this Iliad link courtesy of Project Gutenberg.

Road Trippers:  Our next dynamic duo hails from ancient Rome. During his 21-year reign, Emperor Hadrian (76-138 CE) spent much of his time traveling the lengths of his sprawling empire. A generous and well-loved leader, Hadrian commissioned a multitude of construction projects including aqueducts, roads, and a massive wall on the northern border. During a tour of Bithynia (northwestern Turkey), Hadrian met Antinous (c111-130 CE). The Roman emperor took a shine to the young man, and soon after the pair became inseparable road buddies. 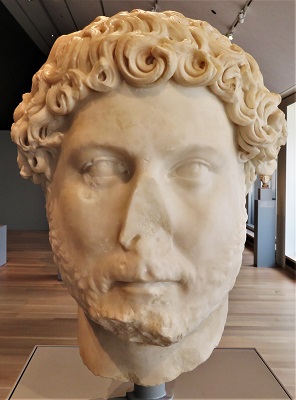 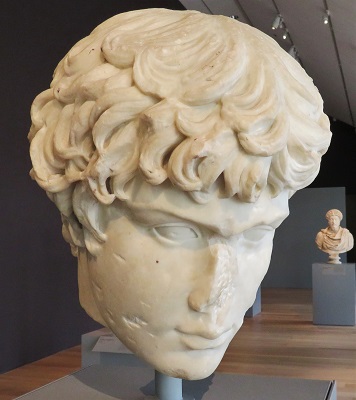 While visiting Egypt, Antinous tragically drowned in the Nile. A grief stricken Hadrian deemed his young lover a god and renamed the city where he had died, Antinopolis. Hadrian also commissioned a statue of Antinous carved in the likeness of Osiris, the Egyptian god of the dead. Honoring their leader’s grief, a cult following of Antinous ensued. His image was plastered on coins, household items such as lamps and silverware, as well as statuettes, busts and temple shrines.

Eight years later, Hadrian died of heart failure. His mausoleum tomb is located in the Castel Sant’Angelo on the banks of the Tiber River in Rome. A bust and sculpture fragments of Hadrian and Antinous are on display at the Art Institute of Chicago. Click on A Portrait of Antinous, In Two Parts video clip to learn more. If you’d like to learn more about Hadrian’s construction projects check out Museum Bites: Paving the Way and the video clip, Why Was Hadrian’s Wall Built: An Animated History, courtesy of English Heritage.

Runaway Bride:  Our final couple met after a daring escape. Katharina von Bora (1499-1552) was sent to a convent at the tender age of 5. Growing up inside the cloistered walls she learned to read, write, and speak Latin. During her early 20s, a pamphlet written by the reformist monk and theologian, Martin Luther (1483-1546) was smuggled into the convent. Martin’s 95 theses and reputation as a firebrand had sparked anger throughout the Catholic Church and set in motion the Protestant Reformation.

Galvanized by his rebellious rhetoric, Katharina and eight of her fellow nuns wrote to Martin begging to be sprung from the restrictive convent. He took pity on the nuns and with the help of a local fishmonger arranged their middle-of-the-night escape via empty herring barrels. Once free, Martin arranged to have all but one elderly nun married off. Katharina, however, rejected all of her suitors in favor of Martin, but the 42-year-old monk was reluctant to wed. Katharina was adamant and Luther eventually relented. The scandalous marriage of a former nun and monk set the Church back on its heels.

I have made the angels laugh and the devils weep.
~ Martin Luther, in reference to his marriage to Katharina von Bora

The couple had five children and their marriage was based on a relatively equal partnership. Martin published and preached, while Katharina ran the household, farm, and family businesses (i.e., boarding house, brewery). She also served as Martin’s advisor. Upon his death, Martin willed all of his property along with custody of their children to Katharina. Considered an outrageous act, the 16th-century court deemed the will illegal and had it overturned. Katharina died six years later. These colorful portraits of Martin and Katharina are on display at the Le Gallerie Degli Uffizi and were produced by the workshop of Lukas Cranach. Click on this History 101: Protestant Reformation video clip link, courtesy of National Geographic, if you’d like to learn more.

That concludes our brief look at power couples from the past. Next week, I’ll be back with more Museum Bites. In the meantime, have a fantastic week!

Art Institute of Chicago: A Portrait of Antinous, In Two Parts